This is a post in a series expressing the essence of my argument about how video games are actually ancient, how they reawaken the anicent oral epic tradition represented above all by the epics of the Homeric tradition, the Iliad and the Odyssey. The earlier posts can be found through the “Living Epic—the Main Quest” link on the right. Note that this blog is aimed at an audience that includes non-gamers; I apologize for boring the gamers in my audience by going over such things as the basics of game genres, but I hope they might want to see that as an opportunity to share my posts with non-gaming parents, teachers, and spouses. 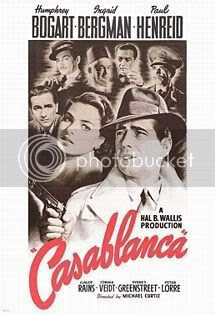 So how much of a sandbox could ancient epic possibly be? How could it ever be anywhere but far, far down on the rails end of the spectrum, while the best video games are at the opposite end? Haven’t I just created a framework to prove the point I didn’t want to prove—that this blog is crap?

I know you’ll be astonished to hear that I think I’ve actually created a framework to prove the opposite—that ancient epic and adventure video games tell stories exactly the same way. Let’s take another look at what Odysseus says to Demodocus: “Change it up, and sing the making of the horse.” Odysseus isn’t saying “Play it, Demodocus,” a la “Casablanca”—an epic singer isn’t a jukebox, or even a piano player—he’s saying, “Sing me a new song, about the guy whose glory I’m looking to celebrate” (who just happens to be Odysseus).

He’s saying, “Come on, Demodocus, let’s step into this sandbox together.”

You don’t even have to take the extreme position I take on the matter (partly just because it’s fun) and say that before an Odyssey bard had Odysseus ask Demodocus for this story about the horse, this story about the horse didn’t exist, because even if the story about the horse did exist, what Odysseus says to Demodocus is, “You get my vote for Phaeacian Idol if you sing it like you were really there, or like you heard it from one who was.” But Demodocus wasn’t there, and there’s no way he’s heard the story from anyone who was there, because the Phaeacians strangely enough don’t have any contact with the outside world. So Demodocus must make it up, like a kid in a sandbox who’s been asked to build a certain kind of castle, but (obviously) not given the blueprints.

So ancient epic isn’t stuck at the “rails” end of the spectrum. What about video games? Well, as I discussed above, different games seem to have different ratios, but the question that remains is whether at the extreme sandbox end of the spectrum something is happening in the ineractivity-immersion of video games that (we might say) escapes the comparison to ancient epic, and therefore seriously reduces that comparison’s power. To put it in the terms of our friend Mr. Legislator, if it’s possible to pretend do something when you’re playing Grand Theft Auto that you couldn’t do when singing the Odyssey, then video games really are different (and, maybe, worse for society) from other kinds of storytelling.

But of course, I’m going to say that in fact it’s not possible to do anything even in Grand Theft Auto that you couldn’t do when singing the Odyssey (once you switch all the necessary stuff around, like subsituting drug-dealers for the monsters Odysseus faces, stealing cars for defeating other warriors in battle, etc. ). To make that case, though, clearly I need to explain about Grand Theft Auto, and about where I think it stands in relation to other games like Halo and World of Warcraft.

Before I head forward in that direction, I’m going to need to go back a bit, to take care of some business about ancient epic that would have come first if GTA4 hadn’t exploded into all our lives. So, next time: the interactivity of the Homerids.
Posted by Unknown at 4:50 PM