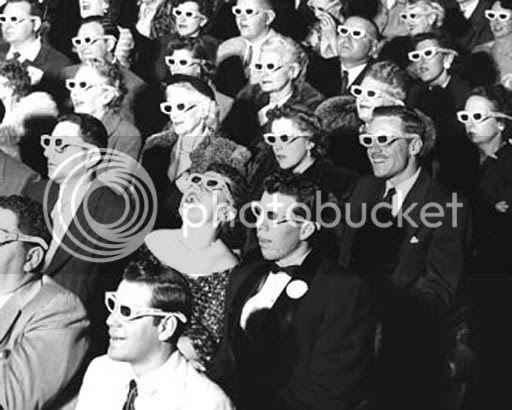 This is a post in the "Living Epic: the Main Quest" The earlier posts can be found through the "Main Quest" hub.

This post is about how adventure video games, which seem to be about various out-there characters like space marines, elven warriors, and canine divinities, come to be about you, and about how the story of Odysseus’ adventures comes to be about the people to whom he’s telling the story. If I do my job right, this post will build one important bridge across the gap between what happens inside games like Halo, World of Warcraft, and Fallout 3, and what happens outside them, between the people who play them and the people who make them.

A while back, I argued that Odysseus’ adventures have the important purpose of turning his audience into fanboys of Odysseus, just as the bards tried to turn their audiences into fans of the bards, just as many games are set-up to turn gamers into fans of the game-franchise.

Now I’m going to argue that the way Odysseus does that is to shape his performance so that his adventures aren’t just about him, but also about his audience, the Phaeacians.

When you start to think about the “adventures” of Odysseus this way, there’s evidence all over the place, from the Lotus-eaters to the Island of the Cattle of the Sun, but there’s one passage that seems to me to crystallize the thought. It’s the middle of the night, and the middle of Odysseus’ story about how he went to the land of the dead (we’re talking about the middle of Book 11). He’s just spent the last ten minutes or so talking about a series of royal women he met there, with little epitomes of their stories included. For one very important example, he runs into the mother/wife of Oedipus, whose name in the Odyssey is Epikaste (see what I mean about how chageable all this was?).

And then he says that it’s time for bed. His hosts first promise him presents, then beg him to keep telling the story. Alcinous, king of the Phaeacians, first says that he thinks Odysseus’ words have the ring of undeniable truth:

“Odysseus, we as we look at you do not imagine
that you are a deceptive or thievish man, the sort that the black earth
breeds in great numbers, people who wander widely, making up
lying stories, from which no one could learn anything. You have
a grace upon your words, and there is sound sense within them,
and expertly, as a singer would do, you have told the story. . .”

“But come now, tell me this and give me an accurate answer:
Did you see any of your godlike companions, who once with you
went to Ilion and there met their destiny?”

Odysseus thanks his hosts, and then says that Yes, as a matter of fact, he did see both Agamemnon and Achilles there. He goes on to narrate the most memorable part of the entire adventures, his encounter with those who died at Troy.

There’s an interactivity here, as Alcinous plays Odysseus like a console—an interactivity that is clearly to a certain extent contrived by the bard to present a sort of ideal version of what the job of a bard is really like. Don’t forget that Odysseus only a short time before had asked Demodocus for a specific story; now Alcinous is doing the same. There is, however, a crucial difference: when Odysseus makes his request to Demodocus, he’s asking for a song such as might be sung by a bard. When Alcinous asks Odysseus if he saw any of the other Achaeans in the underworld, he’s very explicitly asking for what he considers the truth, but in a way that’s obviously intended to make the bard’s audience realize that Odysseus is making it all up, and in a way that makes it clear that Odysseus’ metier and his greatest talent is to make up exactly the story that will get him what he needs, by plunging his audience in the story so deep that they can’t tell truth from fiction. Now that’s immersion.

But it’s also immersion accomplished through a very specific mechanism that I think may prove to be the key to all immersion in the end: intersubjective self-performance. By that term I just mean telling a story about yourself (“self-performance”) to someone else (“intersubjective”). The reason Alcinous and the rest of the Phaeacians are so struck by Odysseus’ story is that he’s there in front of them, talking to them from the perspective of the man who was there, who did the things he’s telling about. Again, it’s paradoxical but true that this self-performance makes the story about its audience, people who can be counted on not to have been there, or they wouldn’t have the proper relationship with the story.

The reason for the immersion, the strange psychological audience-involvement, is that the storyteller himself makes the connection: I, Odysseus, the one telling you the tale am I, Odysseus, the one who saw these places and did these things. The masterstroke of the apologue (the adventure-tale of Odysseus that stretches from Book 9 to Book 12) is that the preposterous nature of the tales makes them both extraordinarily entertaining and strikingly thematic—that is, the immediately graspable “truth” that Odysseus is telling fish-stories makes his achievement in self-performance truly great: only he could sell these stories, and that makes his a sort of ideal model of the bardic occasion’s capacity for immersion.

How could that work in a situation where the storyteller is not Odysseus, the best storyteller imaginable, a man who can make you believe he was there? How could that work for a bard? I think we can look to adventure video games for the answer. What is it that makes us, like Alcinous, travel the circuit from immersion to interaction and back? The idea that it’s happening to us. What is it that makes us keep on through Halo or Bioshock or even Fallout 3? The idea that we have to do it, if it’s going to get done. We’re simultaneously Odysseus and Alcinous, and we look to the designers of our games as Odysseus looks to Demodocus, as the author of the occasion—not of the story, but of the occasion—for us to tell our tale so well that it feels undeniably true. Corvus Elrod has recently and compellingly explicated semiotics' concept of fabula in a very similar direction.

What’s more, the fictionality of Alcinous—that is, the fact that he’s a character from the fantasy-land of the Phaeacians where they have ships that travel instantaneously from port to port—tells us something else very important about the inherent intersubjectivity of this self-performance: it can be fictively constructed. When we play a single-player RPG, for example, even though there’s no one else in the room, we’re still doing intersubjective self-performance, strangely enough, for the NPC’s of the game. The occasionally-ludicrous citizens of Albion in the Fable games are only the most obvious example of the crucial connection between immersion and (fictive) intersubjectivity.

Odysseus’ tale-telling to the Phaeacians tells us that adventure video games’ interactivity and their immersiveness are fundamentally bound together (we knew that, of course, but perhaps we tend not to express it often in relation to other art forms), but also more importantly that the circuit formed by interactivity and immersion is fundamentally rooted in the performance of the self to others, whether real (think fellow-players in an MMO, or the official game forums and how invested gamers are in them) or imaginary (think, for example, of Sergeant Johnson or Andrew Ryan).

Where does that get us? It's been pointed out many times that, really, all art-forms are interactive, or, in Ian Bogost's term, procedural. In talking about how video games differ nevertheless from other (always) interactive art-forms, critics emphasize a huge range of different characteristics of games' storytelling and play mechanics. In relation to Odysseus' immersion of the Phaeacians through interactivity I think we see a model that might open a new part of that discussion: how narrative games provide a modern occasion for an ancient, fulfilling kind of self-performance--one that other art-forms don't provide because the interactivity-immersion circuit in them is almost invisible, whereas, in living epic, it's right there before your eyes.
Posted by Unknown at 7:08 AM