The sand-box of epic and the rails of GTA (2)

This is a post in a series expressing the essence of my argument about how video games are actually ancient, how they reawaken the anicent oral epic tradition represented above all by the epics of the Homeric tradition, the Iliad and the Odyssey. The earlier posts can be found through the “Living Epic—the Main Quest” link on the right. Note that this blog is aimed at an audience that includes non-gamers; I apologize for boring the gamers in my audience by going over such things as the basics of game genres, but I hope they might want to see that as an opportunity to share my posts with non-gaming parents, teachers, and spouses. 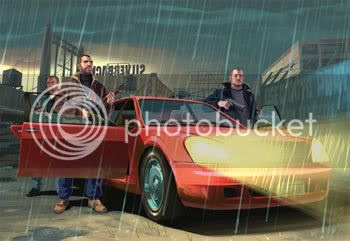 Coming back to the gamer, if the game developer wants to make a million bucks, how free is he to tell his own version of the Iliad, or even of the basic story of “space soldier saves the universe and the human race” or "small-time criminal becomes big-time criminal"? How free, then, is the gamer, really? Why can’t you go to church in Grand Theft Auto?

You can tell I think these worms are fun worms to play with. They’re also very important worms, though. Here’s why: the thing about video games that everyone thinks is so new and so cool and potentially so dangerous—that interactivity leading to immersion thing we’re always talking about, and that I’d suggest makes people like Jack Thompson get mad—comes from the gamer getting to control his or her avatar in the world of the game. If that interactivity and immersion really are new—if the gamer really can build the Trojan Horse any way he wants, or even not build the Trojan Horse, while Odysseus can’t get Demodocus to sing the story of the Trojan Horse exactly as Odysseus wants but must let the story unfold the way it’s supposed to unfold—then this blog is a crock. If that stuff is new, I’m taking what’s maybe a slight resemblance and trying to blow it up into some big-but-silly argument about how gaming is really more than it seems.

So it’s a kind of make-or-break question, whether the gamer’s control over the story is real, and whether it has anything to do with older ways of telling a story, like the Odyssey’s way of telling the story of Odysseus. So figuring out some answers to the specific questions I asked above (the worms from the “Interactivity and Narrative Freedom” can) will mean that we start to understand where the comparison of video gaming to ancient epic storytelling can get us—if anywhere.

Here’s the answer, which I’ll explain more fully next time: you can’t attend Mass in GTA because (despite appearances) whatever else you do, you’re still the main character of GTA, in the world of GTA, and there are no Masses there.
Posted by Unknown at 6:03 PM