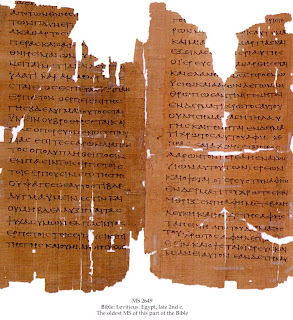 One of the directions the Main Quest of this blog will eventually go is into Herodotus and Thucydides, who I believe were playing games they designed themselves based on the homeric bards' AAA titles Iliad and Odyssey. I think that these games were in a genre similar to Sid Meier's Civilization series.

With that nagging thought in the back of my mind, and heavily influenced by a talk by Ian Schreiber at the Game Education Summit in June, I'm taking a plunge into very murky waters and turning my fall course CAMS 3212 Greek historical writings into an RPG with ARG elements called Operation KTHMA. I've come to believe that when correctly practiced game design and instructional design are really the same thing. It's time to see if I'm right. One incredibly neat thing about doing this is that I can enlist the students in helping me design the next iteration of the course, and they'll be learning the material even better that way.

So on this blog through the end of summer and the fall, I'll be keeping track of what I'm doing with the course/game. For now, I'll say that I'm really, really excited to get my hands on Corvus Elrod's Rev 03 system--I'm beyond hopeful that it will be exactly what I need to give this thing some backbone. I'll also say that I would love any advice any of my readers might give as to how to plan things at this paper 'n' web stage to make a transition to a digital format as smooth as it can be, someday.

Finally, here's the premise. The Demiurge has recruited the students in the class to project themselves via his Textospatiotemporal Zapper (think the "Animus" in Assassin's Creed) into host bodies in Athens in 431 BCE. There, they must save Western Civilization by explaining to people like Pericles and Plato what Herodotus and Thucydides are trying to tell them about the proper use of the past and discourses about the past.

The central gameplay mechanic will be the discovery of who each student is in ancient Athens. At the start of the game, I'll sort them into groups (with an assessment on our Web course tools that I call the "Psychometric Sortition Tool"), but they won't know what class each group is portraying, and as they progress (via XP awarded by me), they'll gain knowledge of their role in the mission along with the skills they need to complete it. All the classes have a distinct relationship to discourses about the past, and only together will they be able to explain what Herodotus and Thucydides were really up to, and thus save us all.

So if you've heard of anything like this, I'd love to know, so that I can compare notes with someone. At any rate, stay tuned. I think it's going to be an interesting fall.

(Subsequent posts on Operation KTHMA may be found here, here, here, and here.)
Posted by Unknown at 6:25 AM