The profundity of Halo and Bioshock (and the Iliad)

This is a post in a series expressing the essence of my argument about how video games are actually ancient, how they reawaken the anicent oral epic tradition represented above all by the epics of the Homeric tradition, the Iliad and the Odyssey. The earlier posts can be found in the “Living Epic: The Main Quest” post, linked on the right. Note that this blog is aimed at an audience that includes non-gamers; I apologize for boring the gamers in my audience by going over such things as the basics of game genres, but I hope they might want to see that as an opportunity to print my posts out and give them to their non-gaming parents, teachers, and spouses. 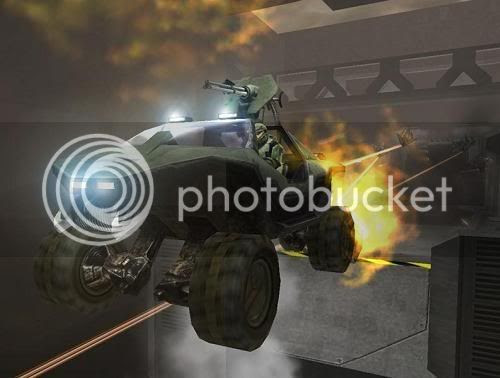 This moment, right after I’ve just put the work of Ken Levine and the work of the Homeric tradition alongside each other (in the previous post in the series), actually makes an ideal place to throw out an answer to a question that’s been bubbling under the surface of this blog from the very beginning, and is now ripe for a little more attention. Am I saying, a critic of video games might ask, that Halo and Bioshock are capable of the depth of artistic-philosophical expression reached by the Iliad in the Choice of Achilles? After all, when the Homeric bard has Achilles say that maybe the undying glory isn’t really worth it if you lose your life, he’s doing an artistic thing that we’re not used to thinking video games can do.

Here’s the answer: Yes, I am saying that. I’m also saying, though, that Halo and Bioshock and the other wonderful, thought-provoking games we’ve seen lately haven’t yet done that. They’ve come close, as I talked about in that previous post about the non-Choice of Achilles and the non-Choice of Killing Andrew Ryan, but, at least in my view, no artistic-philosophical cigar yet. (Tim Rogers’ eloquent way of putting it, that the artistry of Bioshock is the “very least we should expect from now on,” seems to me to be a slightly different way to say the same thing.)

The Iliad’s artistic-philosophical cigar, to refer back to our main point of discussion, has been awarded by generations of readers, for that moment when Achilles questions everything. That moment, with all its profundity, came into existence originally as an improvisation on—an interaction with—the pre-existing traditional story. That’s where we’re headed next, because in the moment before the player of Bioshock kills Andrew Ryan, he or she has an infinite number of tiny variations available within th game, despite the truth that until he or she goes ahead and kills Andrew Ryan, the game as we think of it—the story of the game—won’t proceed.

The profundity of that moment, or of corresponding moments in Halo when you absolutely must do something or the game won’t proceed, comes from the interaction of the necessity of doing that thing with the meaning of the thing you must do. The most obvious example in Halo is I think the end of the game, when the player must drive a jeep through a hostile landscape in a short enough time that the Master Chief can make it off Halo (the ring in space) before it explodes.

Even Ken Levine, the developer of Bioshock, hasn’t found a way to get to the depth of the way that interaction works in the ninth book of the Iliad, where the bard finds something for Achilles to say in relation to his necessity that’s so achingly sad as to make us better people for having read it. But we’re getting there.

The fact that we’re getting there along this particular road of exploring the power of interactivity means that we should spend some time looking at how it worked in ancient epic. The first thing we should talk about is probably the extent of the interactivity that was possible, to see what resemblance that interactivity bears to the interactivity of video games. The exact degree of interactive change that would have been allowable in the Homeric tradition is a subject of hot debate among the professionals who study this stuff (and probably always will be), but Book 9 of the Iliad actually presents us with a really interesting bit of evidence, which is so fascinating that I’m going to risk boring you, and give you the Ancient Greek tools you need in order really to understand it.

Next time: more than you ever wanted to know about the dual number.

(Note: I'm away next week, so I'm afraid you'll just have to wait to learn all about the dual.)
Posted by Unknown at 2:03 PM