Shooting games of armed conflict: a question of narrative technology 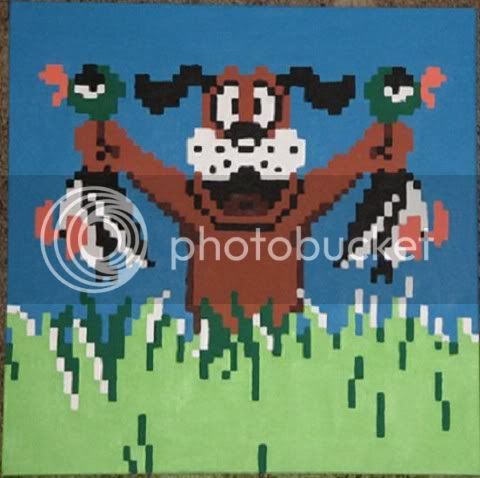 Two discursive moments have converged to make me want to write again about the place of warlike shooting games in our culture: first, Leigh Alexander last week posed a central question in a fresh way; and, second, I'm working on a chapter about the ethics of HALO. More on the latter as work proceeds; I'll tease it a bit by saying that I'm going to argue that Plato wouldn't necessarily have kicked Bungie out of the Republic. In this post, though, I'm going to suggest that when it comes to figuring out what to do about the superabundance of shooters of armed conflict, we are the ones we've been waiting for.

As regular readers of this blog know, I have a very long view of the question "Should we be worried that so many video games are about armed conflict?" In fact, that long view makes me like to ask the question somewhat differently: Why is traditional epic always about warriors? Why are so many of the most popular video games about soldiers, super-soldiers, and super-duper-soldiers?

The easiest answer is of course the old "boys like that stuff" answer. But that answer pays attention to the video game/digital practomime form only to the extent that we can talk about form as relating to opportunity—that is, because boys spend a lot of time with technology, and seem naturally drawn to it, and because boys also seem naturally drawn to war, the two constitute a sort of marketing compact, and feed off one another to their mutual profit. Boys like video screens, boys like war: behold, Call of Duty. On the ancient side, boys went to feasts; bards played at feasts; boys liked war; voila, the Iliad.

But it would be well to try to answer the question in a way that looks more intently at form as an essential part of the reason for the apparent prevalence of war shooters. In fact, I think it's possible to argue for a more satisfying answer that has to do with the way practomime (games and stories) gets performed through the narrative technologies present in culture, both ancient and modern.

The most important narrative technology of the practomime of the homeric bards was the formula—above all, the "ba-da-dum-ba-da-dum-bum" that comes at the end of a line of dactylic hexameter and fits phrases like πόδας ὦκυς Ἀχίλλευς (podas okus Akhilleus—"swift-footed Achilles") and πολύμητις Ὀδύσσευς (polumetis Odysseus—"cunning Odysseus"). Given the cultural context of the kind of feast depicted at the start of Book 9 of the Odyssey, the wonderful jingliness of those line-end formulas conduced marvelously to the development of the thematics of κλέος kleos—"glory/fame," the value of values of homeric epic. Kleos means having people remember your name. Composing homeric epic meant, for the bard, using the line-end formula to make names memorable.

Similarly, the narrative technology of hit-detection—and this is something that Leigh picks up on nicely in talking about the developers' view of the question of the warlike game—intersects with the cultural context of a society contemplating the brittleness of its military might and produces the thematics of modern military glory, in the various forms in which we find it in games like HALO, Brothers in Arms, and Call of Duty. Duck Hunt's core mechanic has been with us for a long time: it seems natural (which is to say, in fact, cultural) that game-designers use it to let us play the practomimes we need to play now.

The stereotypical design of these games—both of mechanics and of story—mirrors exactly the stereotypical plots of homeric epic. And as the golden age of Athens rolled on, and tragedy, history, and philosophy began to question the value of sheer kleos (even as both the Iliad and the Odyssey, No-Russian-like, had begun themselves to question it), homeric recitation remained the AAA title of its day. At Athens' premier festival, the Panathenaea, there was no tragedy, just Homer.

And so the final part of Leigh's first piece hit home for me rather sharply, though I imagine in a way unique to me:

What continues to concern me is that we don't think about it and we don't discuss it. We're able to witness grenade-flung bodies, we're able to crush enemies under the treads of our vehicles, we're ourselves able to die in trenches. And get up again, and keep doing it. How far can we push things before video games like these stop being a way to interact with and process the human experience, and instead cross a line to where they're trivializing it?

It would be easy, and ineffective, for me to say that I think about it and I discuss it, and so do my colleagues and my students. It stings a bit to think that our efforts are met with no acknowledgment from prominent journalists like Leigh and prominent channels like Kotaku. But I think it's more important to point out first that even the gamers who simply refuse to be interested in thinking about it and discussing it are going to be exposed to efforts like "No Russian," and, second, that as the narrative technologies of digital practomime (games) evolve along other directions than games of armed conflict, new thematics will evolve, too. The enormous and growing market share of other kinds of games (various MMO's and social games especially) is probably the best indication.

The Panathenaea happened only every four years; the Great Dionysia, the festival of tragedy, happened every year. By the end of the 5th Century it was clear (from Plato and Aristotle, especially) that tragedy was now the more important genre, a genre that parted with homeric epic's apparent trivialization of warlike violence in favor of a deep contemplation of what violence means.

AAA titles take years to develop; their technologies are thematics are correspondingly fossilized, just as homeric epic, recited the same way every year at the Panathenaea, became fossilized. Tragedy, on the other hand, while looking like it posed no threat to epic (indeed, looking like it reinforced epic's dominance, since it used epic's stories), nevertheless overtook it, just as the war shooter is, in fact, being overtaken now.

Social games and casual games may not look like profound art in the mold of tragedy, but their tendency to reinforce community, when placed together with the evolution of MMORPG communities and of communities organized around single-player titles like DragonAge may show a way forward past the dominance of the shooting game of armed conflict.

To put this response another way, war-games already trivialize the human experience of war. They always have, just as the Iliad trivialized war into something ancient feasters could listen to while they ate. (This is what the 22nd book of the Odyssey is about, actually, where the suitors expect to listen to a song about war and instead get slaughtered by the bard-like Odysseus.)

That seems like a problem when it looks—as it looked at E3 this year—like there's nothing else going on, and like the community receiving the practomime has hit a dead-end. But just as new communities formed around tragedy, new communities are now forming around other kinds of games, and the associated markets of those games are bigger, and growing faster.

To put it one final way, it's obviously no coincidence that when Leigh says "We don't think about it and we don't discuss it" she's starting a thoughtful conversation.